Louise followed my home building career for more than a few years. In her later years, she would show up at an open house or some other event and we’d discuss the possibility of her giving up the home she and her husband had built in rural Henrico County. Her wish was that I would build her a custom home somewhere in Goochland or Hanover in return for the land. It was a difficult decision for her, but as you can imagine, decades ago, this now established part of Short Pump had become a beehive of activity and she hoped to move further out.

Sadly, before she could decide, she passed away. Ultimately her property was sold to a developer and, eventually, it ended up in the hands of the bank. A second developer tried to acquire adjoining property but met roadblocks regarding density, engineering, and so on. Finally, I approached the bank last year and offered to build a hamlet of six custom homes on Louise’s land–something that would not upset its surrounding neighbors–the place I believe Louise had wanted all along.

Now we’re ready to begin. Six lucky families will have the opportunity to site their homes on one of six acre-plus lots in the very heart of Short Pump. An enclave near to everything, but away from the fray. 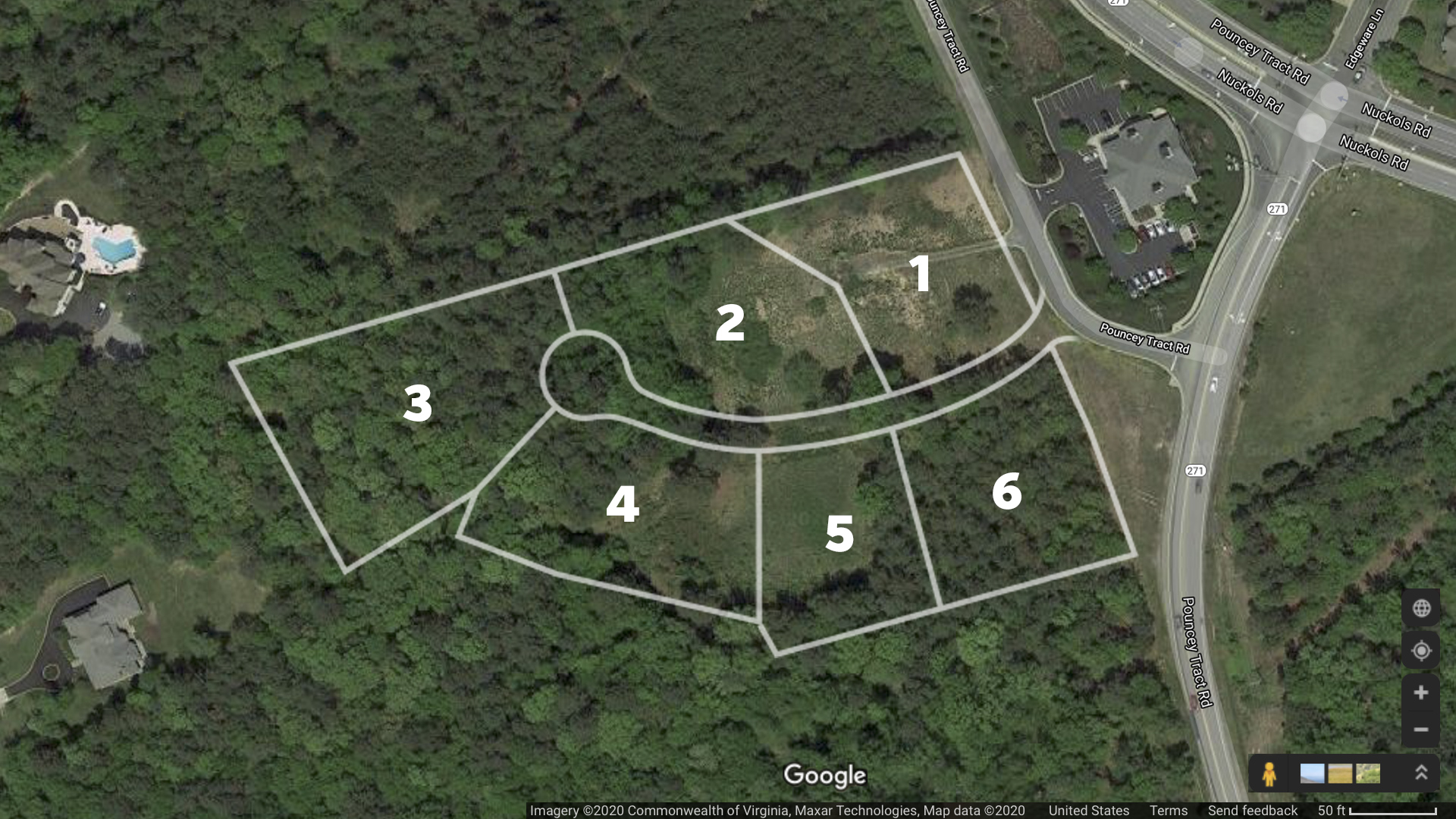 The lots are hidden behind the Veterinary Hospital where Pouncey Tract meets Nuckols Road–very close to much sought-after schools, shopping, and amenities:

3.2 miles (+/-) to a stretch of Virginia’s top retailers including Apple, Cabela’s, Crate & Barrel, L.L Bean, Starbucks, Wegman’s, Whole Foods, and many others plus countless restaurants and entertainment venues. 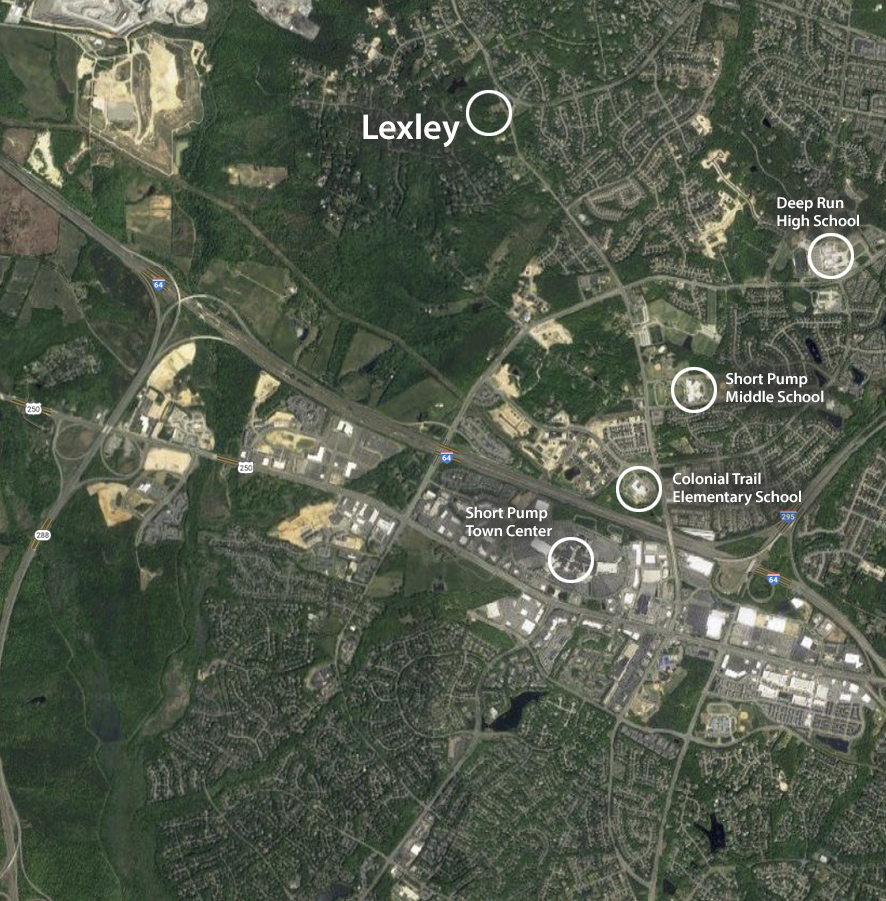 If you’d like to explore the idea of building a custom home in the exceptional enclave of Lexley, let’s set up a time to walk the lots and talk about the home you envision. Please call me or drop me an email. My team and I look forward to the possibility of working with you.